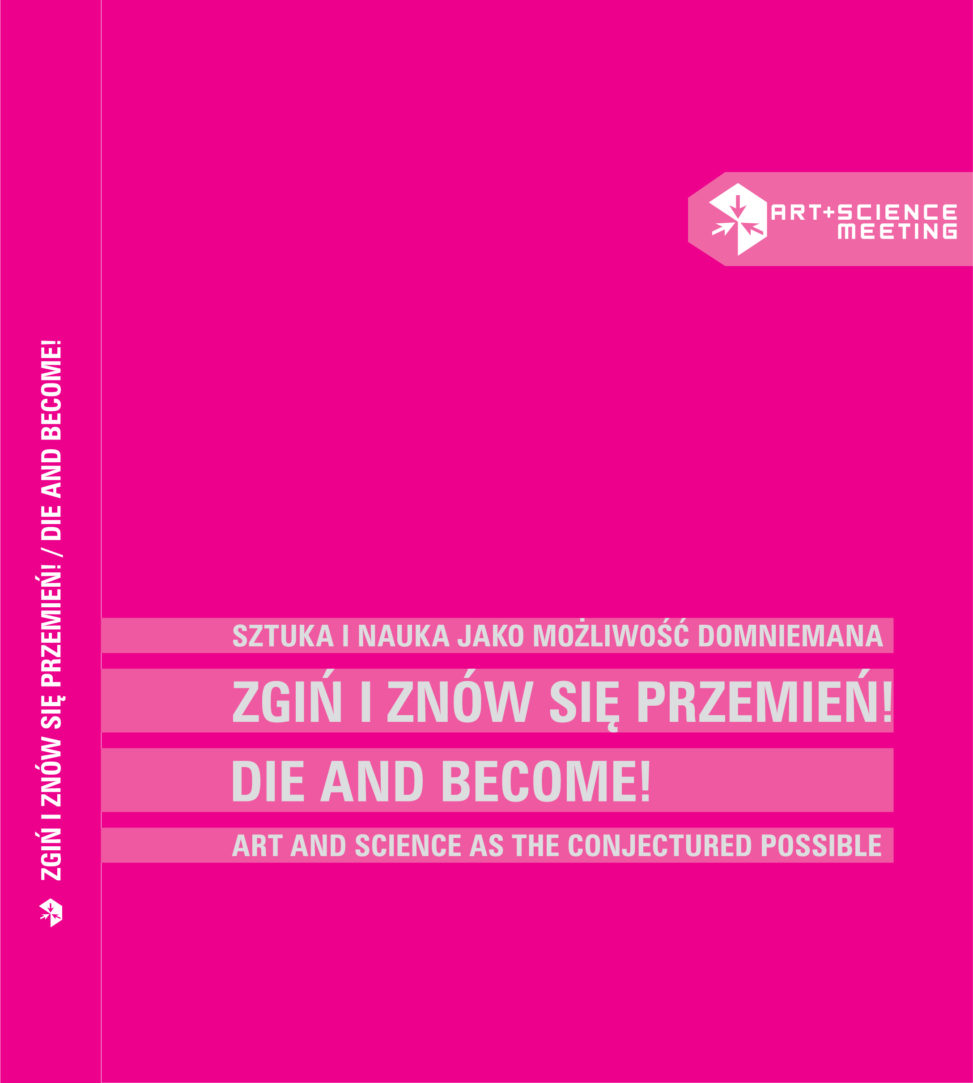 Publication: “Die and Become! Art and Science as the Conjectured Possible”

“This publication is issued in conjunction with an exhibition and educational programme of the same title, which took place at the Łaźnia Centre for Contemporary Art in late 2016 and early 2017. Its fundamental objective is the presentation of artists’ and philosophers’ quest for the limits of means of expression, transgressing the “visible” and the “present”. Art here is seen as a holistic creative praxis, within which, alongside the utilization of the newest 21st century means – biomedicine, informational technologies and robotics – a significant number of “non-scientific” elements are represented: intuitions, metaphors and assumptions  When pondering over the scientific and technological possibilities of human modification, authors of the book refer to examples of a variety of agents of reality which, in eschewing their purely biological definition, require us to make sense of the relationships between life and multiplicity. Among such agents are programmable matter, symbiotic forms and hybrids, becoming an automaton, as well as the various manifestations of transitional, unidentified and indeterminate life forms The primary medium that is the subject of this project is hybrid matter, and the principal issue examined, that of its “living” aspect, capacity for expression, and reserves of existing possibilities which may be discovered if one finds oneself in this “semi-living” dimension. In the words of Johann Wolfgang von Goethe, such a model of overcoming one’s own “personhood” in art would have sounded “Stirb und Werde!” – die and be renewed, cease and become.”