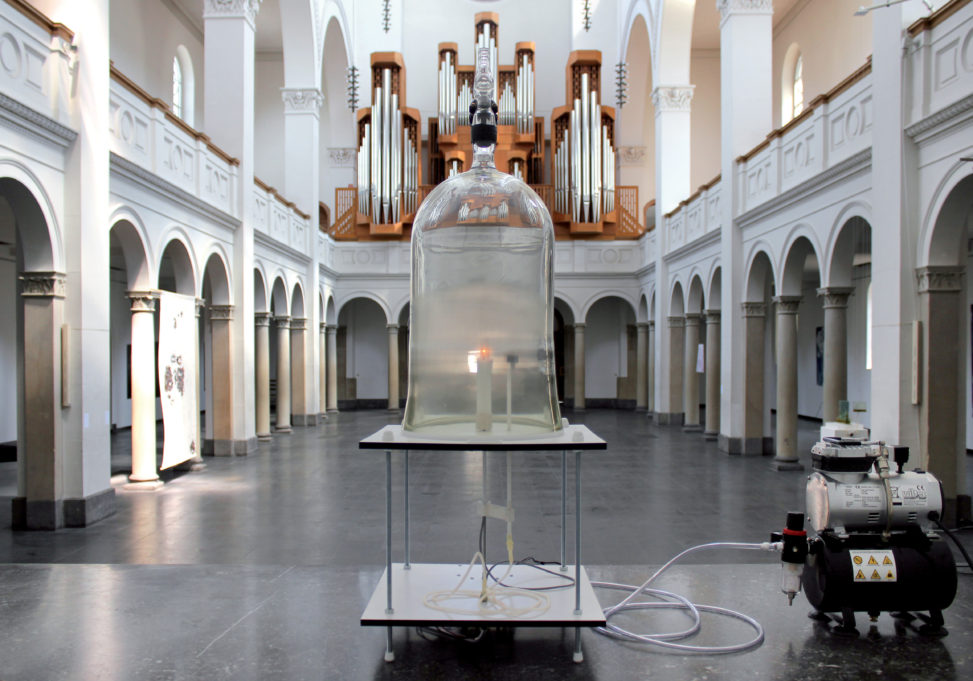 VANITAS MACHINE will be presented in the exhibition “Die, and become! Art and Science as Conjectured Possible” at Laznia Center for Contemporary Art, Gdansk, Poland.

“Modern science’s attempts both to understand and overcome a whole series of laws of nature make us remember Goethe’s famous maxim, “Stirb und Werde” – die and be renewed, cease and become. Or, to put that in layman’s terms, it assumes an effort to acquire a “postbiological personology” (that is, a phenomenologically deep interpenetration of the living and the non-living, the artificial and the natural, etc.). As we know, the desire to reach it is part of all modern culture. But if this is the case, then science, as a means of making inquiries into and drawing universal conclusions about our world, apparently, pertains not only to mankind, but to the entire sphere of mankind’s prospective becoming. In that situation the spread of next-generation technologies that embody the inevitability of postbiological types of transformation create enormous possibilities for manipulating this space. The boundaries between the biological and a-biological are disappearing, a multitude of identities are being created, and our bodies are acquiring the characteristics of a constantly drifting hybrid. Emerging are new limitations on human freedom and, correspondingly, the necessity for its reevaluation. Standard traditional discourse regarding that which we perceive and what stands behind these perceptions, the relationship of consciousness to the world around us, is becoming more polemicized because the emergence of new technologies creates possibilities to construct this world on a physical level.”