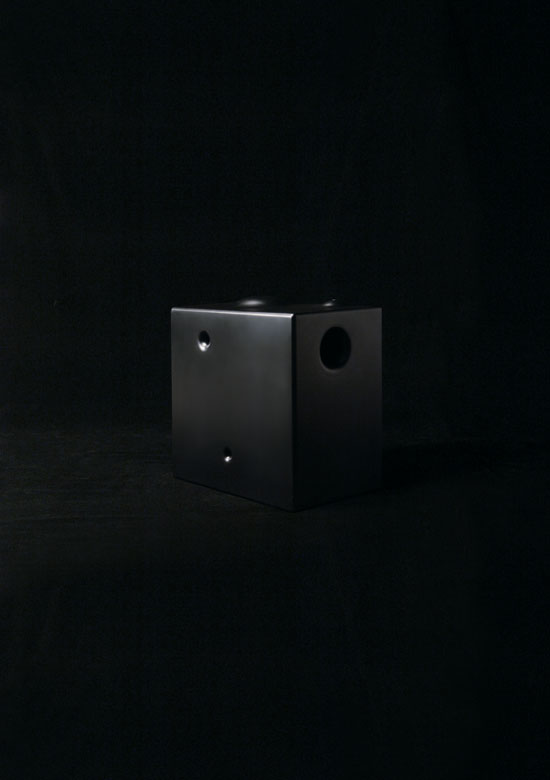 ENDO is a recording device equipped with various sensors, a computer mainboard and a terabyte hard drive. The object continuously gathers data of its direct surroundings like images, sound, GPS-coordinates, temperature, humidity and air pressure.
The data flow is archived on the hard drive inside the Black Box and will never be extracted again. In the course of time the machine produces a huge pool of information whose content or usage remains unknown.
Does the record serve for any secret intentions? Could it be exploitet to act against ourselves? Is this a trap? What remains is endless speculation – about the nature of information, the construction of medial reality, the “ghost in the machine” and a potential loss of control.