The installation VANITAS MACHINE addresses the desire for eternal life and the potential of life-prolonging measures. Based on a candle which – by means of technical intervention – burns down very slowly, vanitas machine creates a contemporary analogy to the endeavour of prolonging the human lifespan with the help of science and technology.
Being one of the classical vanitas symbols, a burning candle recalls the futility of the moment, the transience of human life and the certainty of the end of all existence. But is this end really still inevitable?
In the course of the last two centuries, average human life expectancy has increased significantly in the industrialised countries. Moreover, in the context of scientific research the biological causes of ageing are being explored. Numerous theories of aging have already been developed pointing both towards physiological as well as environmental factors.
One of the first theories of ageing was the so-called »metabolism theory«, which claims that the lifespan of organisms is reciprocally related to energy turnover and therefore connected to calorie intake, oxygen consumption and heart rate: The higher the metabolic rate, the shorter the lifespan of the organism.
In VANITAS MACHINE, a candle is placed in the centre of an experimental setup. Similar to the human breathing process, a burning candle consumes oxygen and produces carbon dioxide and water. The higher the oxygen and energy turnover, the shorter the burning time of the candle.
VANITAS MACHINE has been specifically developed to keep a candle »alive« under controlled conditions. By protecting it from environmental factors and by precisely regulating the oxygen supply the »metabolism« of the candle and thus its »lifespan« can be influenced. 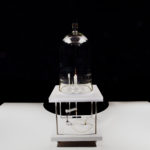 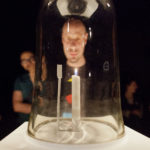 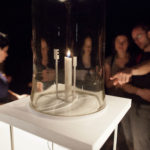 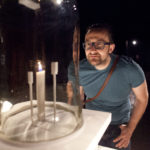 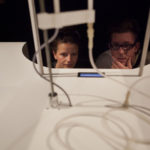 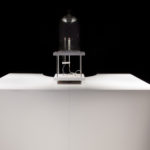 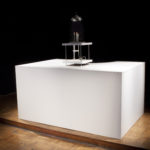 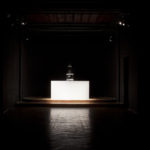 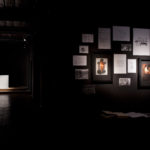 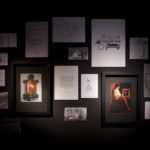 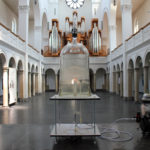 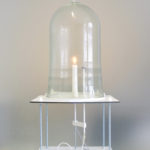 Supported by:
Technical realisation in collaboration with Lab3, Laboratory for Experimental Computer Science, KHM. Supported by the Academy of Media Arts Cologne.